We are our own Big Brother 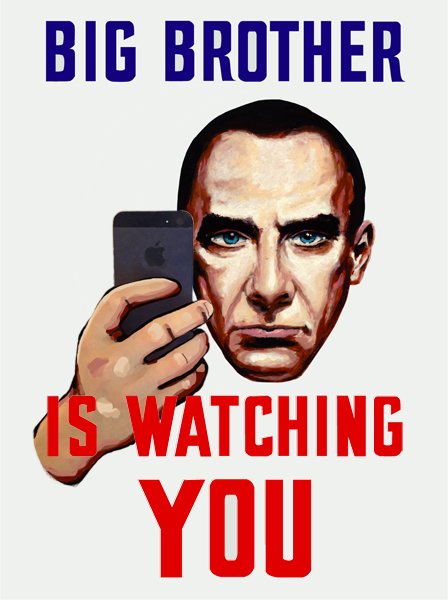 I never read George Orwell’s novel “1984” and I’ve certainly never seen an episode of CBS’s “Big Brother”, but I do understand the Big Brother concept: a society under complete surveillance and control by their government.  Since the writing of Orwell’s book any act, initiative or action taken by a group, political or otherwise, that has any modicum of privacy concern is typically compared to Big Brother (as I’m doing right now).  These Big Brotheresque actions are typically not lauded and therefore the concept, as is in the book, generally has a negative association, however, the combination of mobile cameras and social media has given us the means and the drive to become our own Big Brothers (genetically this is not possible, but conceptually it holds together).
In the wake of the Boston Bombing the FBI, via Twitter, requested that any photos or videos taken by citizens during the event be sent to them in order to aid in their investigation.  They were crowdsourcing surveillance; in sense making the public what Forbes online’s Tarun Wadhwa called “tens of thousands of Little Brothers”.  Obviously, this is far less threatening than the traditional Big Brother concept as it is completely voluntary, but it is interesting to note how much information people are willing to send out into the universe voluntarily, not necessarily in this case, but just in general (see Facebook, Twitter, etc).  In either case, the FBI was able to gather, process and tag the incoming evidence and use it to help in their investigation.  What did not work quite so well was when citizens took the investigative portion of the case into their own hands; apparently users on Reddit and 4chan made some false accusations, some of which were then echoed by the media and lead to some unhelpful and emotionally damaging situations for those accused (luckily no one was hurt as far as I’ve heard).
All in all the tools and social forums we have at our fingertips are incredibly powerful and only becoming more so.  It’s interesting to watch as this shapes our social customs and culture.  I’m hoping we will lean more towards the productive than the destructive side of things, but as history shows likely both will continue to exist.