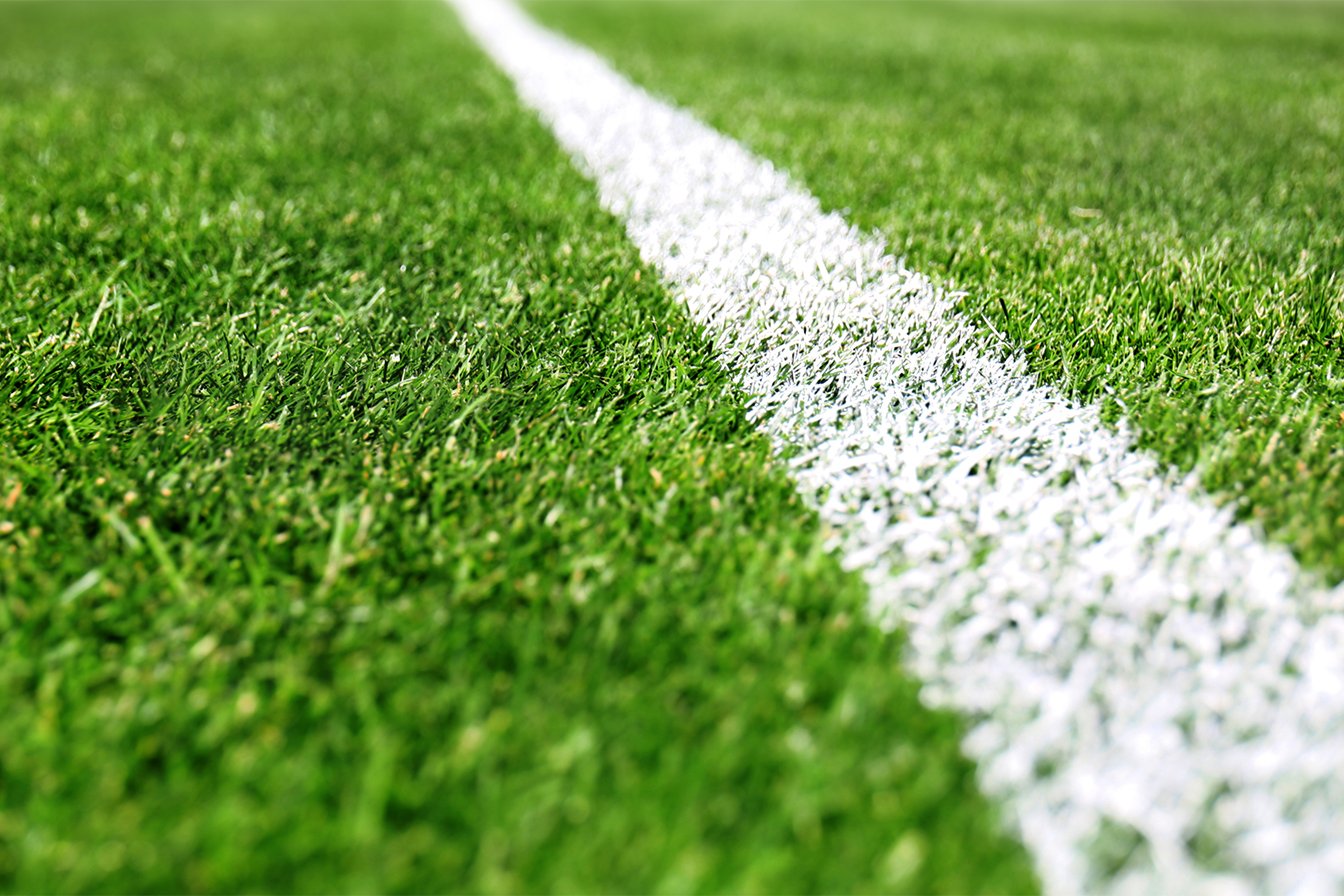 Some can smell it in the air.

Some know the exact number of days since the last game was played (212).

Some know EXACTLY how many weekends we will have once it begins (23).

It is football time in America!

NFL football represents a lot of things in America, but to many of us, it means one very important thing: Fantasy Football.

Given that there are only 32 NFL teams and 32 General Managers in charge of putting together a roster that will sell tickets, make the playoffs, and hopefully win a Super Bowl, the supply of people who want to be general managers astronomically outweighs the demand.

You could obtain 1 of the 32 coveted spots by sheer football genius, as is the case with the New England Patriots’ Head Coach and General Manager Bill Belichick, or you could have a couple of spare billions lying around to buy a team and appoint yourself to the position, as is the case with the Dallas Cowboys’ Owner and General Manager Jerry Jones.

For the rest of us, who quite frankly are better off sticking to our day jobs, fantasy football is our opportunity to be a general manager of a football team and compete every week against friends, family, and coworkers for bragging rights and other stakes.

What is fantasy football you may ask? (Scroll down to the next section if you are in a league and don’t require my breakdown).

Simply put, according to the Cambridge dictionary, Fantasy football is a game in which you choose a team of real football players from different teams and win points according to how well the players play each week.

The 5 Pillars of Fantasy Football:

1. The league: Fantasy football is played in what are called “leagues.” A league is any collection of people (family, friends, coworkers) who will be competing against one another.

2. Scoring: There are many different formats for scoring, but at its core, points are given based on a player’s stats in the current week’s game. So, if your player scores a touchdown, they will score you points as well.

3. Roster: There are many different formats for how a league may configure a roster, but at its core, a roster will have starting players and bench, or reserve, players. The starting players are those whose points count toward your team total for the week, and the bench consists of players you “own” that can be subbed into the starting lineup before the first kickoff of any given game in a week. Points from bench players do not count for a given week’s score. Additionally, there are roster limits and requirements based on position, for example, a starting roster might require you to have 1 Quarterback, 2 Running Backs, 2 Wide Receivers, 1 Tight End, 1 Defender, and 1 Kicker.

4. Draft: This is where the players are actually selected. All the players in the NFL are available to be selected to a fantasy team, irrespective of the team they actually play for. The best players from this pool will be selected one at a time until each team’s roster is full.

5. Games: Once the draft is complete, the season starts, and the games begin! Each week, two teams from your fantasy league will be pitted against one another, the winner is whoever has more points after all players on each team’s starting roster have finished their games.

So, why an article about fantasy football?

In the spirit of the lists and rankings that are oh-so prevalent when it comes to sports talk, here are 5 fantasy-football-inspired lessons that we can all benefit from:

Top talent is easily recognizable and will always be a hot commodity. In fantasy football, these are the tier 1 players who are a clear notch ahead of the rest of the playing field. According to ESPN and Yahoo player rankings, the top player this year is Christian McCaffrey for his extreme athleticism and versatility as a threat in both the rushing and passing game. Depending on the draft order, it is entirely possible a team will not even have a chance at selecting a player like McCaffrey.

This is the same in the business world. You may not have access to 100% of the talent pool, but all businesses do have the ability to proactively seek out top talent within their realistic talent pool, keeping in mind that good candidates are likely being sought after by other companies as well.

2. Draft for Fit and Need

Quarterbacks, running backs, and wide receivers generally account for the most fantasy football points each week. However, if there is only one starting roster spot for a quarterback and a team spends many of its early draft picks drafting good quarterbacks, then the rest of the roster will be disadvantaged from missing out on the top players in other positions. It is crucially important to balance a team across all positions.

Like football teams, businesses thrive when they have talent with different skillsets that complement each other. For example, a highly skilled web developer may only be as good as the CIO/CTO’s vision for their product. Complementary employees that bring unique skillsets to the table result in companies realizing their full potential.

Life happens. Unforeseen circumstances occur that sideline talent while they address those areas of their life. As a company, it is important to value employees as humans by respectfully honoring such an absence and providing support as needed, but business must go on.

Just as in fantasy football, when a player sustains an injury that will keep them from seeing the field for a period of time, or indefinitely, the role must be filled while they are out. Fantasy owners generally follow the “next man up” approach where the next best available player takes the spot of the injured player. Business situations are a bit more nuanced, so a game plan is needed. Some possible options to consider:

Through an entirely different lens — injuries in fantasy football are a way to gauge dependability. In sports, there is a saying, “The best ability is availability,” meaning that consistency and reliability that a player will play is better than someone with more talent who is constantly unable to suit up and get on the field.

Waivers are where all players currently not on a roster sit to be picked up as needed. A fantasy team may go to the waivers to find a long-term asset to replace an underperforming/injured player or a short-term asset to replace a player on a bye week or take advantage of a favorable matchup. Players on waivers are thought of to be not as good or reliable, but every year, teams find players on the waivers that were overlooked in the draft process and who end up being cornerstones of their rosters.

There are often players and employees who could shine if given an opportunity to develop and showcase their abilities. Businesses need to be careful not to spend too much time only targeting the highest talent with exceptional backgrounds, especially if it’s at the expense of identifying and developing potential diamonds in the rough who currently have less experience or have previous titles that are less glamorous.

Given that companies cannot endlessly hire, there will always be quality candidates available that are seeking an opportunity. This was seen last week on the final episode of HBO’s Hard Knocks, which follows an NFL team through training camp up until they make final cuts down to a mandated 53-man roster. Every year teams must release extremely talented, top-notch college players and NFL vets who simply fall short of the “top 53.” These players often go on to get picked up by other teams where they find success, reinforcing the notion that quality candidates are out there looking for their right fit.

Every NFL team has a bye week where they do not play a game. While there is a negative connotation around bye weeks because it means a player is unavailable in fantasy for that given week, these are necessary breaks for players to get healthy and relax a bit amidst a stressful and long season. Just as professional athletes need time away from the sport, employees need to have the ability to take time off and “reset.” Encouraging PTO is not only something that is well received by employees and demonstrates a people-friendly culture, but it also results in decreased burnout and increased performance. Businesses should encourage and prepare for employees to take time off and have measures in place to allow them to totally disconnect and not worry about their day-to-day responsibilities in order to capture the full benefits of their time away.

Where fantasy football talent management totally differs from the business world is the fact that in business you can work directly with an employee, steering and guiding them through their journey. Make it a point to check in with your employees. Gauge how they are feeling about the work they are doing. See if there are things the company can be doing to better serve them and improve their general satisfaction. This will result in higher retention and employee satisfaction.

At Thought Ensemble, we have many ways to ensure our employees and clients are satisfied and that we are living up to our Always Growing, Making a Difference, and Better Together core values. Here are some of the things we do:

Have a great season, everyone!