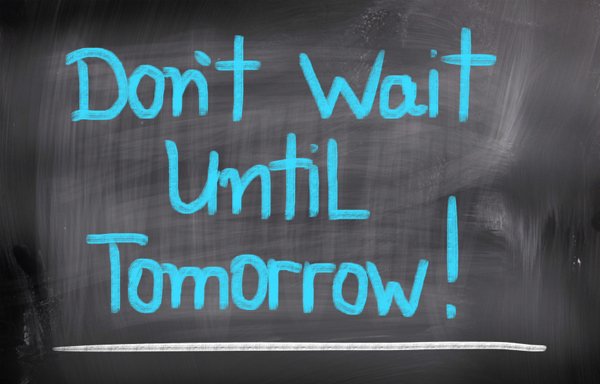 We’ve all been there. We’ve all done it. When was the last time you said “I’ll do it tomorrow”? For me, it was when I thought about writing this blog yesterday! Is it that we live in a reality where tomorrow will likely include fewer things to do, therefore we can push things out? No. So, is it that each day likely has a tomorrow and so we can delay doing the task into perpetuity? No. No matter what self-satisfying reason (if it’s something that is not hopeless laziness) that you are using to convince yourself to push “it” to tomorrow, let’s look at a couple of reasons why you shouldn’t:

I am not intending to think about procrastination from a genetic or psychological standpoint, as I will leave that to the experts, but I know we all do it, so here are a couple of ways you can help yourself the next time you are wanting to say, “I’ll do it tomorrow”:

I’ll end with one last thought… The “I’ll do it tomorrow” tactic is likely your mortal enemy to accomplishing important, but not urgent tasks. But, this one thing can be the difference between being a person that “gets shit done” versus someone who “falls behind the crowd”. Who do you want to be?