The Socioeconomic Implications of Artificial Intelligence and Other Advanced Technologies 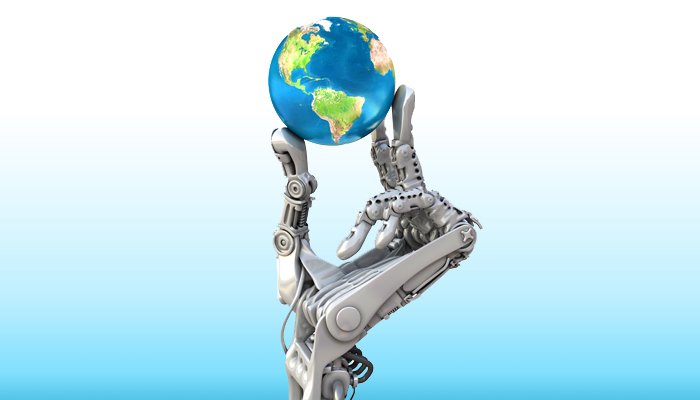 As we continue to make advances in technology, we also continue to make shifts in the job market. A new advancement smolders an old product or process, and a new product or process rises like a phoenix from the ashes. So, when the Model T replaced horses as our main mode of transportation, Ford assembly line jobs replaced stable hand jobs, and when those same assembly line jobs were replaced by assembly robots, assembly robot manufacturing and maintenance jobs were born in their wake. According to the Bureau of Labor Statistics, the 2016 unemployment rate is only 1 percent higher than it was in 1947 (and ranged between 1.4% and 12% between 1915 and 1921 – part of the time the Model T was in production). So, it would seem every job displaced by advances in tech, creates more jobs elsewhere (and in some cases exponentially more).

However, I believe we may have hit the plateau before the steep drop on this job displacement rollercoaster. When self-driving cars inevitably replace the thousands of truck drivers, Uber/Lyft drivers, bus drivers, and limo drivers relatively fewer jobs will pop up in their place. People already maintain and fix cars, so having them self-drive won’t create more mechanic jobs, and only so many programmers will be needed to work on the code to keep those cars driving. And sure, coding is the future blue collar job that promises to keep our workforce full. People will move from the coal mines to the keyboards and from the manufacturing lines to lines of code, but what happens to all those programming jobs when AI becomes so good that programs can program themselves?

A couple years ago the first computer passed (or to some nearly passed) the Turing Test, proving that we can create a computer with seemingly intelligent behavior indistinguishable from that of a human (at least to some observers). And AI bots are already being used in many companies for first tier, online customer service. Working with IBM Watson is proving to be the first step in this major change. Right now, many companies have Watson learning the most common issues people call in with, and are training it to key in on buzzwords with great results. So how long do you think it’ll be before all customer service jobs are completely replaced by AI?

Even creativity, the long thought soul of humankind, is not an unreachable height for AI to ascend to as Google recently proved via their Magenta Program, which created a simple melody using a trained neural network. And there are many other examples you can find (with a quick search) of AI making its first steps into the creative waters.

The better our AI gets the more of us that will be out of the job. It is inevitable (barring any large scale, civilization ending cataclysms – global climate change, nuclear war, hostile government takeover by the Luddites, etc.). Because inevitably, AI will be cheaper, easier to control, faster, and with fewer errors. How can a human compete? What can people do? What can a free market, strongly independent, hardworking democracy like the US do when there are significantly more people than there are jobs?

Now, you probably already know what I’m going to say. And you may have a few choice words or descriptors for the type of person who makes the suggestion I’m about to make. The very idea of it might unnerve you at some core level. But that’s because you were raised to compete. To excel. To work hard. And as a result, you may look down on, and have little respect for, those that appear to choose to not do the same, because nobody wants to be taken advantage of. Nobody wants some fresh faced, entitled, softy to ride on the coattails of their perspiration soaked, battle-hardened coat. But what is the purpose of continuing to advance our technological capabilities if not to create an eventual utopia? A heaven on earth? Do we not want to one day live in a world free of disease, free of hunger, free of struggle? Certainly, struggle and hardship often make us who we are, but will our characters not survive without struggle? Can we not be good people if we don’t suffer? If someday our advances allow us, would it be so wrong to live in a society where the smartest and most capable of us continue to create and advance the technology that makes our lives comfortable, while the rest of us spend our days learning new things, teaching our children, creating art, and enjoying life?

These are the questions that the children being born today will need to answer at some point in the future that is tomorrow, so we might as well start thinking about them now.