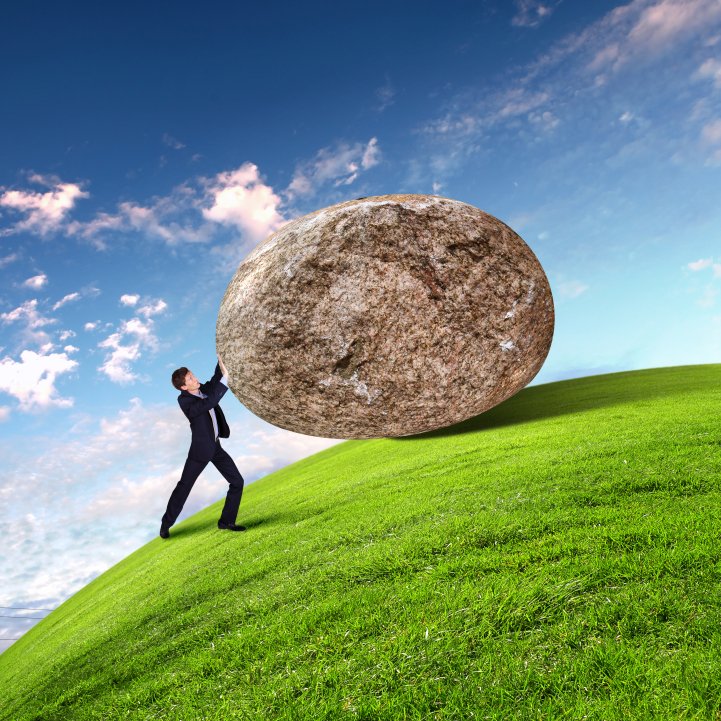 As 2014 draws to a close, I find myself mulling through the various Top 10 lists that hit my inbox from LinkedIn groups like ProjectManager.net, Agile, Agile PMP, etc.  These groups are great for information sharing and making new connections.  But, as far as lists, it would seem that everyone is essentially carrying the same arsenal of lessons learned that got us burned in prior projects.  Don’t get me wrong, lists are great, I particularly like these two:

But sadly, this year’s lists are no different than last year’s, and frankly they’re no different than the year before that.  Actually, I think the list from 1914 looked relatively the same, too.  This is telling me that the basic reasons for project failure haven’t changed, therefore we’re not doing our part to move the needle forward.  I am reminded of a quote that I often revert back to:

The good news is that projects are failing at a much lower rate.  According to the 2011 CHAOS Manifesto from the Standish Group, Waterfall projects fail an average of 29% of the time, while projects using Agile methodologies fail only about 9% of the time.

From an outright project failure standpoint, I think we can safely say that we have moved the needle by pushing our organizations to abandon the poorly performing Waterfall methodology.  However, as these charts show, there is still some work to be done to address “Challenged” projects (projects which were delivered late, over budget and/or with less than the required features and functions).

So, what happens in these “Challenged” projects?  In my experience, what happens is that the executive falls asleep at the wheel while the project team death marches to the end.  When they wake up, they realize that what they asked for wasn’t what they meant or what they meant wasn’t heard correctly, or they don’t mean what they meant anymore because something changed.  If the project team runs into this issue this far into the delivery process, then clearly some fundamental aspects of project management and project leadership were overlooked.

What dictates the quality of project delivery is the level of involvement.  Leave a bunch of engineers to concoct their ideal widget and they will… they will develop the ideal widget for them.  Leave a team to self-organize, self-select, self-rule… and they will perform these tasks in their best interest.  Leave anyone in any situation to their own devices and they will exercise their own judgment.  If the executive comes back in during the 11th hour and finds that they don’t like the result, well then who’s to blame?  The team that built what they thought they were asked to build, or the executive that felt it better to prioritize something else rather than provide guidance and oversight to the team to make sure they built what they wanted?

So, how do we address this proactively?  In my view, project managers or the project management teams needs to review a quick checklist to tell them if their project is in danger of being challenged.

During our meeting today you verbally approved

Please confirm that I have captured this correctly.

If you don’t do this, your project will successfully reach the end zone only to be thwarted by some business user with convenient amnesia.  This may sound like a skeptical distrustful view of the world… but… well, it’s not that I don’t trust people, I just don’t believe they’ll remember what they said!

As I stated earlier.  In order for us to achieve something we haven’t achieved before, we are going to have to do something we haven’t done before.  We are a culture of people pleasers and consensus builders.  This has made us liked by our project teams, but unsuccessful in the board rooms.  We need to push on our executives harder when projects are going off the rails and we need to demand a project environment conducive to success.

Let’s make 2015 the year that the right side of those pie charts became a smaller sliver!