There is an encouraging trend in IT, technology projects are succeeding at a higher rate. When I began work in the mid 1990s, it was not uncommon for approximately 70-80% of projects to fail. To this day, large, waterfall projects still appear to fail at about this rate.

Over the last several decades though, our profession has been working on various agile methodologies to improve the likelihood of projects delivering value and it has worked. Again, depending on whose metrics you believe, project failures now average something closer to 30-40%. A huge improvement, but not exactly something that should be a source of pride for those of us in the profession.

Various attempts have been made to improve over the basic agile methods (SCRUM, LEAN, etc.). But, newer methods like KANBAN and Lean don’t appear to move the needle. They may be slightly better in certain environments than the earlier agile methods, but at best they appear to make a 2 or 3% improvement as you can see in this analysis from Dr. Dobbs. 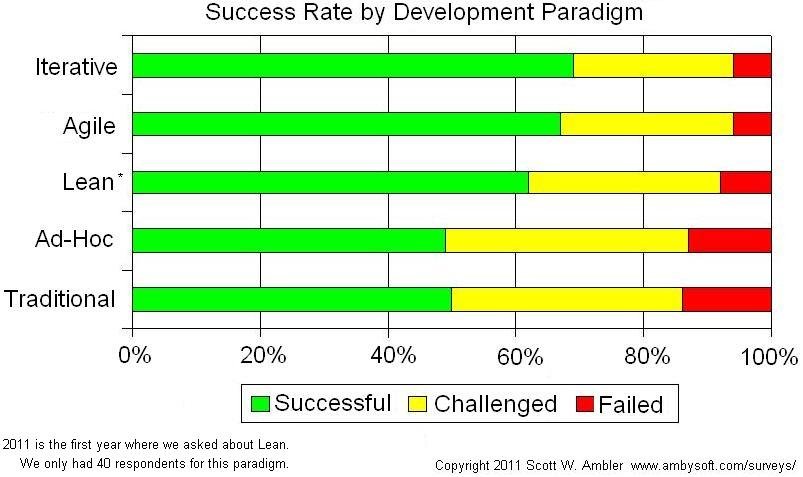 It appears that we have reached the limits of what these kinds of methods can do, and yet 3 in 10 of our projects are still likely to fail. I don’t believe we can accept that failure rate. 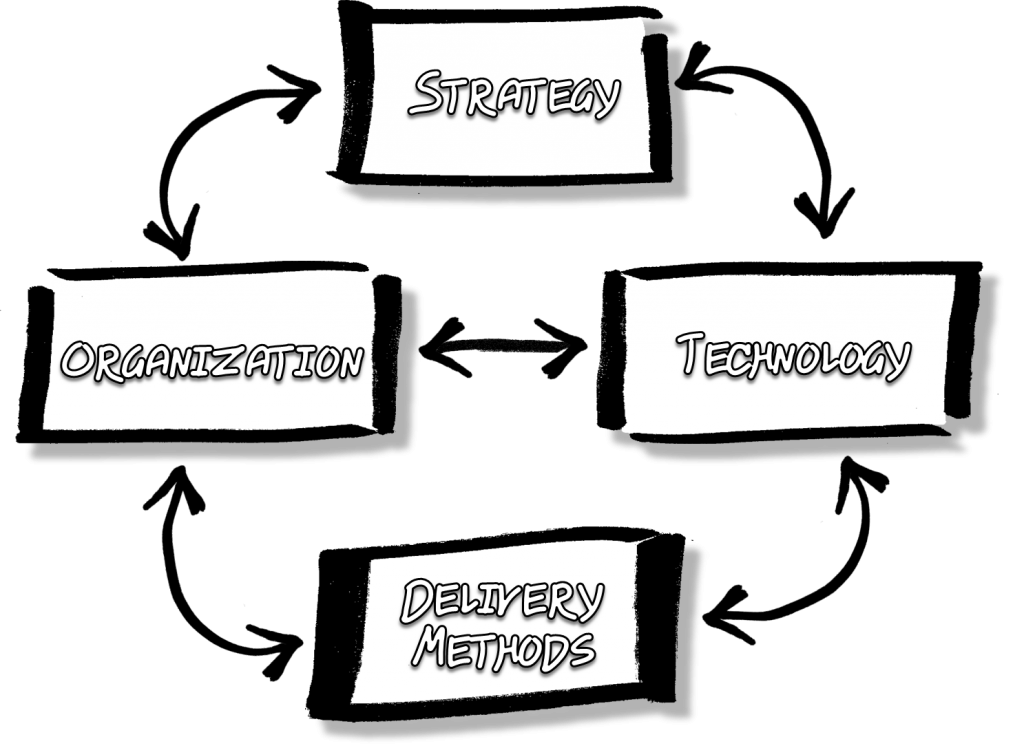 How often have we heard something like: “The IT team is using some kind of KANBAN thing, but they still didn’t build what we want!” Or “The project came in on time, but it had nothing to do with our business strategy!” Or “We desperately need to build a new product, but our technology guys act more like an internal IT shop!”?

This is why going through the effort of deliberately pulling together the Strategy, Technology, Delivery Models and Organization can have such an impact on project performance improvement.

Check out Reboot to learn more.