The Limits of Discipline 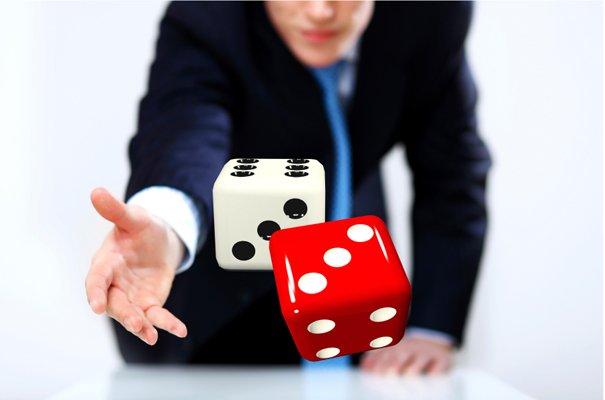 One of my favorite games of distraction (for airport lounges, waiting in lobbies, etc.) on my phone is Yahtzee. It’s also a great family game. I play it pretty frequently, so I’ve thought a lot about strategy (more on that below). What struck me recently is that I can’t play my optimal high-score strategy to the letter – I had to make a compromise with myself in order to keep enjoying the game. I think this happens with corporate strategy too – we figure out the right way to maximize our odds of long-term success, but for psychological reasons (and to appease stakeholders), we occasionally need to make decisions based on short-term thinking to stay sane.

Some of the basics of Yahtzee rules: you have five dice and you get three rolls to make poker-like hands out of them (three-of-a-kind, full house, large straight, etc.). Once you take the slot for a particular hand, you can’t take it again. If you don’t roll anything that matches a poker hand, you can use the “Chance” slot, or if that’s gone, take a zero for one of the remaining slots. Five of a kind is a Yahtzee. Not only do you get 50 points for your first Yahtzee, but you get a 100 point bonus for each one after that, PLUS you get to take the highest point hand remaining (e.g., you can take the full house slot for 25 points if you hadn’t already taken a full house).

There are two basic strategies for playing Yahtzee: 1) Try to complete each of the different types of hands so that you avoid zeroes and get a good score. 2) Go for a Yahtzee with every set of rolls. The first strategy is ideal for head-to-head play where you just want to get a “good enough” score to beat your opponent. The second strategy is geared towards getting a high score. Since I play the game by myself most of the time, it makes sense that I should always go with Strategy #2, right? And, for the most part, I do. If I roll 2, 3, 4, 5, 5, I’ll hold onto the pair of fives even though I have a guaranteed small straight (30 points) and a reasonable shot at a large straight (40 points) if I were to roll a one or a six. My thought process is that the two fives are a good start towards a Yahtzee (or maybe a consolation prize of three-of-a-kind, four-of-a-kind, or a full house) and going for a small or large straight means I will definitely not get a Yahtzee for that turn. So, it’s an easy strategy to stick to, right? But, there’s one exception. I’ll take the 40-point large straight whenever it happens (but I don’t try for it – I don’t hold onto consecutive dice hoping for a straight). 40 points is a lot where a “good” score is 200. But, it is trivial in the quest for a high score. My current top 10 high scores range from 492 to 620. The highest score you can get without a Yahtzee is 301. With one Yahtzee it’s 351. With 2, it’s 457. That means you can’t get on my leaderboard without getting at least three Yahtzees and you need at least four Yahtzees to beat my top score. Therefore, you have to swing for the fences with every roll.

So, why do I take the large straight when it comes up? Well, first, from a pragmatic perspective: a large straight is the exact opposite of five-of-a-kind. Therefore, the odds of getting a Yahtzee on the second or third roll after a large straight are as small as they can be. The counter-argument to that thought process is that even small odds are greater than zero odds. I’m not a stats wiz, but I know that when I take the large straight, I have a zero percent chance of getting a Yahtzee for that set of rolls, and one less opportunity to do so in the game. But, the second reason is more impactful. I can’t stomach potentially getting a zero in a situation where I have a guaranteed 40 points. I also like the boost I get when I see the straight come up. It’s fun. Sometimes, I root for getting a large straight just because it’s a relief to not have to be playing the long odds. And, it seems like a reasonable compromise given the pragmatic first reason above.

Do businesses do the same thing? Do they set lofty or risky goals that require sacrificing short-term gains and then take those gains anyway? Of course they do. How many Apple executives ten years ago would have loved to keep banking more easy iPod sales and feared the risk of launching something like the iPhone? Many people at Netflix probably argued to maximize revenue from the DVD model, as it was (and still is) a nice cash cow. Both companies found a balance between discipline and reward: they each adopted risky strategies to enter new markets, but Apple still makes iPods and Netflix still rents DVDs.

How many businesses come up with innovative or game-changing strategies, but don’t fully implement them because of short-term pressures? Is it because they are undisciplined or lack long-term focus? Maybe. But, more likely it’s because there are just limits to how disciplined we can really be.