The Dumb Thing about Smartphones 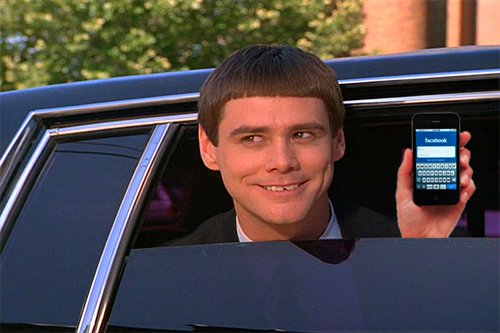 I love my iPhone.  I love having just about everything I need at my fingertips (even if I only use about 10% of it 90% of the time).  Thanks to some innovative programmers your phone is also a car key, a credit card, a music player, a map, a gaming console, a web browser, a timer, a calendar, a cat viewer, etc.  And, depending on how old your phone battery is, it could even be used to warm your morning bagel.  The point is your phone is just about everything, which is also what makes it dumb.  If you by chance lose your tiny little friend you have just lost everything, or depending on what security features you have enabled, you have at the very least lost several hundred dollars of your hard earned cash.  Because even if you have your phone locked and GPS tracking enabled someone can steal, wipe and then turn off your phone before you even have a chance to get to a computer to try and trace it.  What’s worse is if your phone is stolen straight from you hands while you are using it, then the thief doesn’t even need your password to get in.  This trend of aggressively bold thieves stealing phones straight from the hands of those lost deep in the depths of their Facebook page during the middle of the day has been oh so cleverly named by the media as “Apple Picking” and it is only getting more popular with the black market for smartphones becoming more lucrative.  Last year in New York alone, 11,447 stolen iPhones and iPads were recorded in the first nine months of the year (I couldn’t find the numbers for the whole year).  I imagine someone clever will find a resolution to this issue, but until then keep your friend’s close and your iPhones closer.