The Apple Watch: Grades Are in 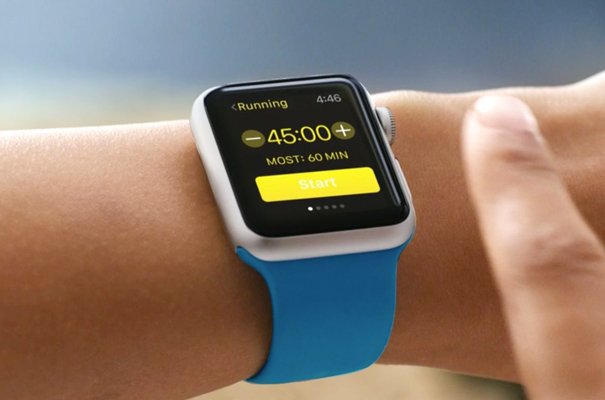 My four year old was going through my office drawers yesterday (what is it about the office that is so intriguing anyway?) and found an iPod Nano. He asked what it was. I explained that back in the “old days”, we used to use a separate little device to listen to music. I went on to explain that this device is no longer necessary because Apple invented the iPhone, which plays music, but also makes phone calls, takes pictures, and does many other things. Since he seemed very intrigued, I went on to explain that the iPhone might not be necessary much longer either because many of these functions are now available on my watch. My Apple Watch plays music, acts as a phone, tracks activity, and will probably take pictures in its next release.

I’ve had my Apple Watch since April and it has definitely been quite the topic of conversation, and not just with my kids. As some of my colleagues have mentioned, we gave out a bonus to everyone in the company so that we could each try some new technology. I saved mine for the watch. I got the low-end one thinking I’d either not like it or want a newer version soon (it’s the latter). Originally, I said I was only going to put it on for fitness and casual wear, but recently I couldn’t bear to take it off during a fancy wedding. I took it off last night for date night with my husband and felt very strange, even though it was right next to me in my purse. Yes, I’m a believer.

I really haven’t done too much with it yet, other than turned it on, put it on, and did a quick 10 minute set up. As usual, Apple made it so intuitive that I’ve just been learning it along the way. Here’s what I’ve learned so far…

Note that, other than the first two, every one of my “loves” is something I could do from my phone. It is just more convenient, faster, or more intuitive to do it from my watch.

What I don’t love

Note that the only things I don’t like are probably going to get better over time – maybe even as part of or by the next release.

I’m two months in and I’m a believer. It is the next thing. I continue to wonder why I didn’t buy Apple Stock. Every time I look at one of my Apple portals and see how many computers, iPads, phones, and other devices are hooked in there I’m flabbergasted. Good for them, they deserve it.