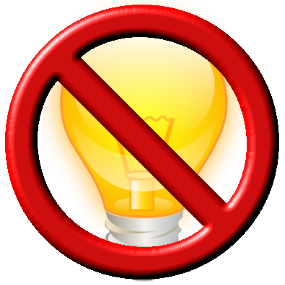 Often times project management organizations that roll out new governance processes inadvertently stifle innovation. They have many good intentions such as providing more visibility into corporate initiatives and better management of spending, but don’t necessarily consider the ramifications.

Often times the process begins with ideas, which if approved get converted to projects and executed on. Seems perfectly logical and flexible right? Well, as usual the devil is in the details. Once you start to process flow the lower level of detailed steps and what roles are conducting each you begin asking crucial questions. Who can create an idea? What information is needed to create an idea? Who approves ideas? These questions’ answers can absolutely destroy a company, seriously!

Switch sides of the table.

You just had a brilliant idea that could make a lot of money for the company, but now what? Well, in the past you would just talk to a couple of people, revise a little and then get started. Now, you have to create an idea, but of course you don’t have permission to do so. Instead, your director has to be the person to create it, which means you should probably put a well-articulated email or deck together explaining your idea. Once you are prepared and can get some of their time, you pitch the idea and all goes well. However, your director needs some key information before moving forward like short and long-term investments, timing, risks, return and how it aligns to the corporate strategy. If you make it this far without giving up already, you’re one of the few.

Most people and their ideas would have died long ago in your new process. That or they realized their idea was so great they could quit, start their own company, immediately execute on the idea and ultimately put you out of business.

Those initial questions of who can create an idea, how and what’s needed are really important because inherently they lead you to inhibiting the flow of ideas with your well-intended processes. One simple alternative could be anyone with an idea can reach out to your product evangelist team, which would shepherd the idea through the process giving it the momentum it needs or quickly killing it before wasting anyone’s time.