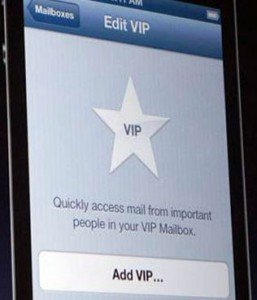 I’ve had the same iPhone for over 3 years.  I resisted the urge to upgrade from my 3Gs two times previously.  Even though my iPhone had passed the coolness stage in terms of features/functions, I decided to continue upgrading just the OS.  The iPhone 4 and 4s, although sleek and intriguing, just didn’t push me to the point of needing to get one.  But, as many of you are starting to realize, continuing to upgrade the OS on your smartphone doesn’t always translate to a good user experience.
Bottom line, my 3Gs was quickly becoming a dinosaur. I wish I could say it was more the phone, than the app experience, or browsing vs. email, but to be honest, it was all terrible. Not to mention the phone service call quality.  As a result, I had slowly developed workarounds just to get by. Again, not a good user experience. So in June, when the internet webs starting going nuts about the new iPhone 5 due in September, I silently promised myself that I would take a look at Apple’s next phone.  To steal a phrase from one of my co worker’s, I was using an “iBrick”.
Fast forward to this weekend after I picked up a new iPhone. Yes, all of the items touted on the phone are great. Yes, the bigger screen, thinner design, and faster processor are great. Apps work like they’re supposed to circa web technology available in 2012.  But the best part I’ve found so far: an innocuous feature known as the VIP inbox. I’m sure that other smart phones already had this (yes Galaxy users, your phone is slick too), but again, I was coming from a low starting point in terms of phone expectations.
This little treat was barely even mentioned to me on the original data transfer, but it’s become the thing I couldn’t live without! Mind you, in 3 days time.  The basic gist is that it allows for specific mail senders to be flagged from your contacts as “VIP”. This could be your boss, your co worker, your spouse, your BFF, your kids, whatever.  The greatest part is it both flags messages from those senders AND puts them in a special inbox.  It’s a tremendous benefit to avoid questions like this from those VIP people in your life, “Did you get my email? Why didn’t you respond to my email?”, as I’m sure people would agree.  No naming of people for those questions.  Nor will I disclose who’s on my VIP list. To me, just the fact that I can actually enjoy the use of the word VIP is a good thing.