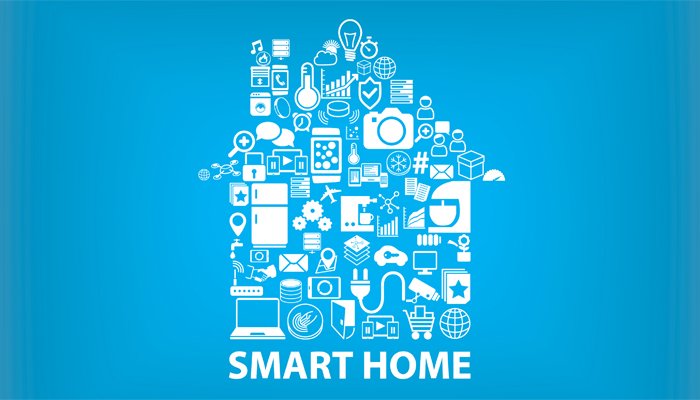 In 1999, Disney released an original TV movie called “Smart House,” which as a kid, I probably watched at least 10 times. The premise of this made for TV movie was that a teenager and his family won a chance to live in the world’s first fully automated smart home run by an artificially intelligent computer. Fast forward 18 years and that vision is finally starting to take shape. “Alexa, turn on the lights” and “Ok Google, tell me about my day,” are phrases that have become part of our everyday vernacular inside of our homes. The automated smart home is not only here, it has started to change our daily routines and give families access to more information than ever before. With a nice Christmas present from my company (thanks Thought Ensemble!), and a love for technology, I was determined to setup my new home as a complete smart home. My brother-in-law recently purchased a new home as well and bought some similar but competing products, which makes this a real life head-to-head comparison. After using and comparing these products for the last few months, I wanted to write a small review of each product to offer my readers and friends some insight if you are considering home automation. 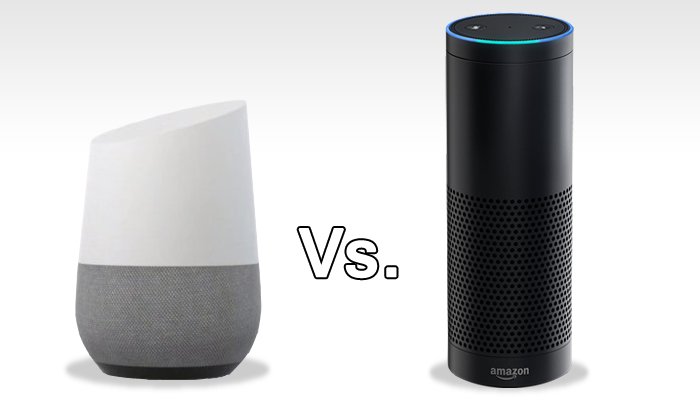 The Google Home vs. Amazon Echo debate is the most common debate people have when making smart home purchases, but, when all is said and done, the products are very similar. One of my favorite features of the Google Home is “Google, tell me about my day,” and Google tells me all my calendar events that I have scheduled and then checks NPR and lists the day’s top stories. It’s a perfect tool to give me all the information I need to get going in the morning, while allowing me to focus on getting ready. The one feature that Amazon has that Google does not, is the ability to order off Amazon Prime, which is not only awesome, but can also be very, very expensive. I’ve heard and read about young kids telling Alexa something like, “Alexa, I want a doll house,” and the product showing up the next day. I do not have kids, but I do have friends that would take full advantage of this as a “funny prank,” and I’d wake up on a Sunday with 1,000 rolls of toilet paper being delivered to my door. In addition, both products are compatible with smart lights, which cost about $30 per light switch to install. Below is the breakdown from CNET of all the features: 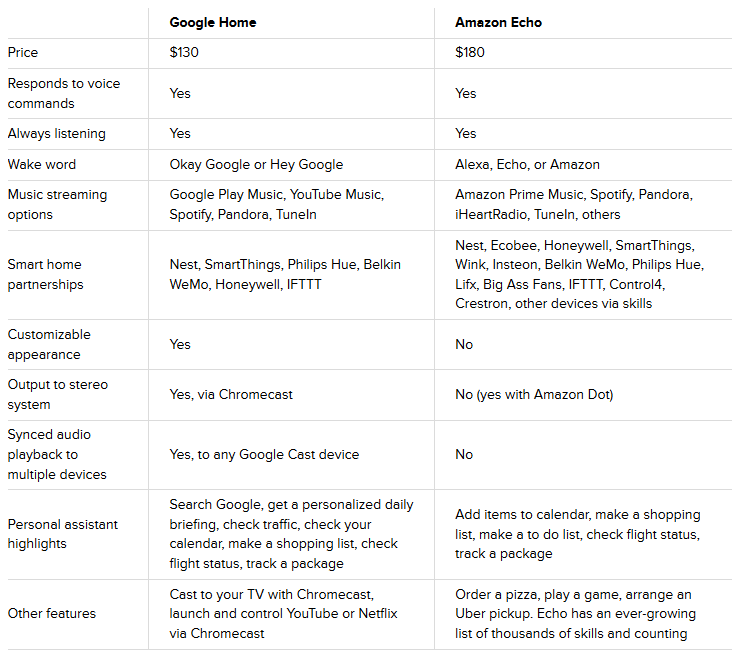 Winner: Toss Up
I purchased the Google Home because, in the long run, I believe Google makes better products and iterates/innovates at a much faster pace than Amazon.

Smart thermostats spend time doing the thinking that most of us just don’t want to do: turning themselves off when nobody’s home, targeting temperatures only in occupied rooms, and learning your household schedule through observation. Plus, with their sleek look and integrated smartphone apps, these thermostats are not only smart but also fun to use. I must admit, during this winter season, I’ve been waking up 10 minutes early, opening my smart app, and blasting the heat until it’s warm enough to get out of bed, and it’s awesome. This has been my favorite smart home purchase thus far. Nest and ecobee, like Echo and Google, have more in common than not, but with a couple differentiating features. Ecobee has sensors for multiple rooms as opposed to just one on the Nest. So, if you live in a large home, your Nest thermostat will only react to motion within 20 feet of itself, while the ecobee reacts to motions all around the house, which makes it a lot more efficient. However, Nest is the only one that “learns” your habits and changes accordingly.

Winner: ecobee
Summer is around the corner and those multiple sensors will definitely come in handy. 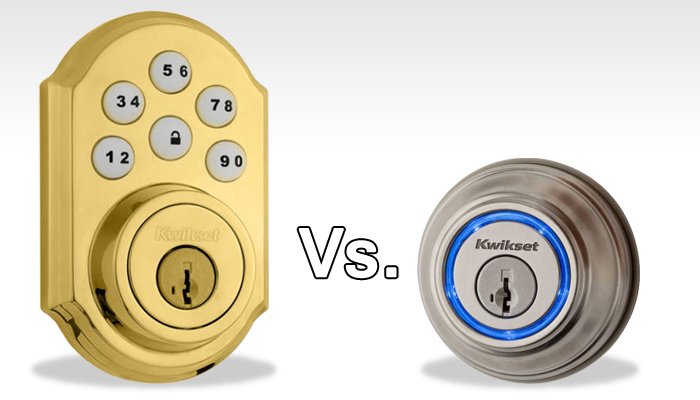 Between my brother-in-law and I, this was our biggest debate on smart home products. Both locks integrate with your phone and both allow you to lock and unlock your door using an app. The main difference is that the Kwikset Z-Wave has a keypad on it, which allows you to give a code to someone so they can enter your home without a key. The downside is that you can only give out 30 temporary codes, then after that you have to reset the lock by taking it off the door and pressing reset on the back — brutal. On the other hand, with the Kevo you can send e-keys without paying a fee. Previously, you could only send three keys for free and then you’d have to pay $1.99 per key after that, but last month Kevo upgraded their product and now you can send as many keys as you want for free during specific time frames. However, the downside is that the users must download an app, enter information, and it takes about 5 minutes to setup.

Winner: Kevo
It’s a no-brainer after the recent unlimited free e-keys upgrade; however, my brother-in-law will argue that most people don’t have 30 friends they want having keys to their house anyway, so the 30 key code limit isn’t really a hindrance.

With smart home automation being a new trend, and many people moving to new homes, I hope that this information gives you a head start on what to purchase. The setup of these products is relatively easy and does not take much time. The most difficult part in setup is resetting your Wi-Fi password on all your devices if you have to change it for some reason, and that is a royal pain. Bonus: During setup, connect all of your products to your main Wi-Fi, not the Wi-Fi extenders in your home (it took me almost a week to figure this out). Other than that, having a smart home has made me realize how close we are to achieving the fully automated “Smart House” of my childhood dreams, and I’m very excited to see how much closer we get in the next five years.