Welcome to Piling On with Jay Anderson, the show where we we add our thoughts to the already heaping pile of criticism and analysis on a lukewarm news story. 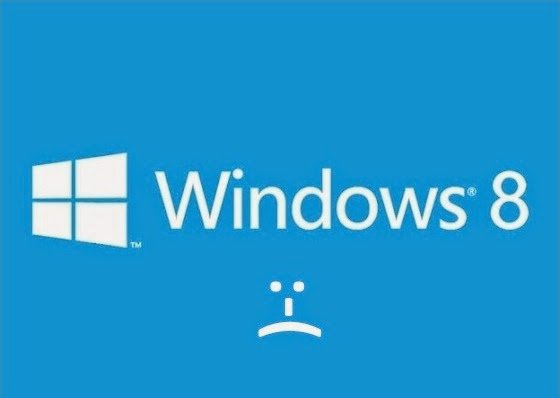 I’ve been a Mac user at home for about eight years, but had been using Windows at work up until a month ago. If you’ve ever used the Mac version of Microsoft Office, you know how terrible it is. How bad is it? It’s so bad that it should play the sad trombone sound when it starts up to get you in the mood. I pray to the software development gods that it changes when Office 2014 for Mac is released, but I’m not holding my breath.

When I made the full-time Mac plunge I wasn’t ready to ditch Office for Windows, so I started running Windows 8.1 via VMWare Fusion. I considered sticking with Windows 7, but read that 8.1 was so much faster and since I was running it in a virtual machine with limited resources, that fact won me over.

For those who are unfamiliar, Windows 8 was Microsoft’s attempt to have a single operating system for PC’s and it’s new tablet, the Surface, centered around the tiled “Metro” interface. What it really was, though, was an attempt to create an operating system for PC’s with touch screens and the Surface tablet, and a nightmare of frustration to anyone using something with a keyboard and mouse. You know, like pretty much everyone.

Windows 8.1 was an attempt to fix some of that. For example, they brought back the desktop and Start Menu, only they didn’t work the way you were used to. Hitting the Start Button kicks you back into the tiled Metro interface as opposed to bringing up the Start Menu. It’s as if you are using two operating systems, and it toggles you roughly back and forth. Other interesting design choices include the ability to launch apps from tiles, then have no idea how to get out of it. There’s also a great tutorial that instructs you to swipe the screen, which of course you can’t do on a keyboard/mouse setup. Then there’s the button for an onscreen keyboard that sits in the system tray, reminding you that you should be running this software on something with a touch screen.

A month or so ago the “Windows 8.1 Update” was released that promised to make life easier for us keyboard/mouse folks. I waited to install it, but I appreciate the changes they made, like allowing you to close a program with the mouse. Yeah, that’s a new thing they just added. #facepalm

The big question is why did it take Microsoft twenty months to get Windows 8 to a point where the overwhelming majority of users could use it? My take is that Microsoft, like many other companies, has a warped view of the importance of user experience. Here are a few important lessons I think we can take away from this:

UX research must focus on where the users are today

It’s clear that Microsoft put a lot of effort into the visuals of the Metro interface. It’s attractive and functional and is an arguably decent tablet OS. I bet they did a lot of research with end users on tablets and touch screen PC’s. However, there is no way I’d believe they did any user research with keyboard/mouse users. It was so painful to use that way. 99.9% of existing users were using Windows on non-touch devices. They needed to meet customers where they were and pave the way to transitioning to a new way of working.

Your product is being compared to everything

It doesn’t matter what kind of software you are building, your product is going to be within a few feet of products with world-class user experiences and your users are going to compare them. Users will have iPhones in their pockets, iPads on their desks, and browsers open with Facebook and Google apps. Today’s users expect this level of UX. If you are giving them an ugly, clunky, or slow application, they are going to view your offering as substandard and look for something better.

Many companies view user experience research and design as something that’s nice to have, but not essential. From the start of a project, UX isn’t built into project budgets by default. Instead, it’s considered an add on that is one of the first things to be cut. I’ve even heard product managers say their users “like the antiquated design because it’s what they are used to.” Even if that were true, which I doubt, what do new or potential users think?

So what do you think? Is user experience getting the respect it deserves in your company?