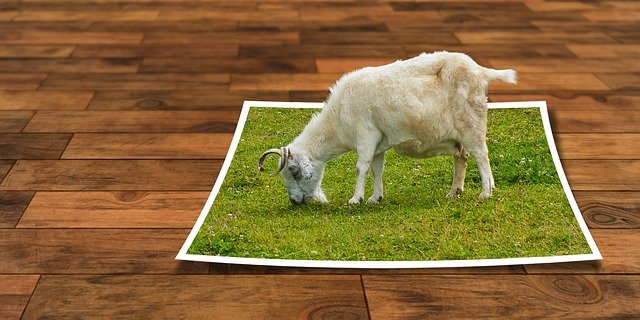 I recently watched and immensely enjoyed this video of a TED talk delivered by Rory Sutherland in December of 2011 entitled, “Perspective is everything” (which is where I stole the title of this blog from): http://www.ted.com/talks/rory_sutherland_perspective_is_everything.html
In this video Sutherland makes some fascinating and rather clever arguments about perceived value vs. actual value, of which these 4 in particular stood out.  This list of 4 points is a slight personal revision from Sutherland’s “We too often forget” slide.  Keep in mind, however, when reading these that like most well crafted and nice sounding phrases these ideas don’t encompass, apply to or explain everything in the known universe and undoubtedly may not apply to some situations or people, but they are overwhelmingly important and to not consider them seriously will often result in some rather unfortunate happenings:
1. Things are not what they are; they are what we think they are.
The Pet Rock comes to mind; people willing to pay for something that they could easily get for free.  People weren’t buying what it was, which was an ordinary rock, they were buying what they thought it was, a funny and clever concept.  This idea is what often causes certain business processes or practices to remain in effect long after their usefulness and to never be questioned because they are perceived as necessary, regardless of whether or not they actually are.
2. Things are what we compare them to.
This is what our entire personal value system is based on.  It’s the bitterness in life that really gives the sweet moments their full flavor.  It’s why you can’t truly appreciate what you have unless you’ve had it worse (or unless you have a very good imagination).  It’s why it’s more effective in marketing to not just say what you do, but to compare how what you do is better than something else, especially if that something else is your competitor.
3. Psychological value is often the best kind.
Sutherland’s example of this, which I really enjoyed, was the Eurostar’s choice to spend 6 million pounds to reduce the travel time of their trains between London and Paris by 40 minutes, when, as Sutherland suggests, they could have installed WiFi on the train for a fraction of the cost, which while not decreasing the travel time would have made the ride much more enjoyable, therefore making the ride feel quicker.  Case in point: I recently took a flight from Seattle Washington to Paris France, which was a longer flight than the one I took several years ago from Seattle to Tokyo, but which was also a much more enjoyable flight.  The only difference being that on the flight to Paris, the plane had a built-in TV on the back of the seat in front of me, which had a very nice selection of movies and games that I could play, pause, fast forward and rewind.  Not only did I have entertainment, but I had choice and control, two very powerful psychological factors that contributed to my increased enjoyment of the Paris flight over the Tokyo one.  On the Tokyo flight, there was only the standard screen in the aisle that would play a pre selected movie; my other option was a book that someone else had given to me to read.
4. The circumstances of our lives may matter less to our happiness than the sense of control we feel over our lives.
I’m always reminded of a study, one which I can’t seem to track down at the moment, but it was a study involving test taking under irritating circumstances.  One group would take a test while construction noise persisted in the background; hammering, sawing, clanking, yelling.  Then there was a second group that took the same test with the same background noise, but with one simple difference; they were given a button.  They were told that if they pressed the button they could turn off the noise, but were asked to see if they could complete the test without pressing it.  The second group always scored higher on the test because they knew that they had control over the outside irritation.  So, even though they endured the same irritating noises throughout the test as the first group did, they knew they had control so it didn’t bother them as much and therefore they could concentrate more.
Having the ability to create and direct psychological value is an important key for any company to succeed.  Internally, it can make or break a project.  You might be trying to implement a CRM system, either for the first time or just upgrading from an outdated system.  The benefits on paper are obvious, but if the psychological implementation of the system is not handled correctly you may end up with employees who refuse to use the system, or don’t use it correctly and end up resenting what should have been an obvious benefit to everyone.  In other cases maybe you have a great CRM system already in place, that because of a poor adoption by employees is not delivering what was promised, which then leads to an expensive change to a new (but not necessarily better) system, when a realignment of the team may have had better results at a fraction of the cost and time.  It’s important in life and in business to take into account perceived value vs. actual value and weigh them equally to try to find the best solution for any problem you are faced with.  If you keep psychological ideals in mind I think you’ll find you can make better decisions, and if you can’t you can always hire someone to help 😉