Never take a job with incentives 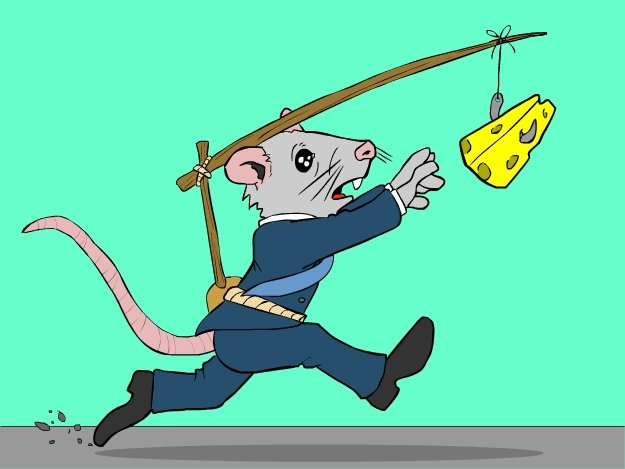 How pay for performance makes you dumber

As you know, it is fashionable to offer pay for performance incentives to employees. You know, you do X and we will give you $Y at the end of the year. Incentive plans like this are especially common for executives and sales people. Often these incentive plans cascade down, layer after layer, from CEO to worker bee, under the theory that engineering incentives in this way will improve the performance of the company as a whole.

For a moment, hold aside the question of whether these incentives will improve the performance of the company; let’s ask a different question: what will these incentives do to you? To your mind? Your thinking? Your performance? Will you be better because of them?

You may be familiar with a creative problem solving experiment published in 1945 called Duncker’s candle problem. It goes like this: a group is handed a candle, a box of tacks, and a book of matches. They are instructed to affix the candle to the wall and light it. Eventually, after stumbling around for a while, they will figure out that they need to take the tacks out of the box and then use the box as a shelf to stand the candle on. Problem solved.

What you may not know is that there are two different ways of performing this experiment. Imagine this variation: in Group 1 the setup is done as I just described: the tacks start in their box. Group 2 is given the same problem, but in this case the tacks start outside of their box. Obviously, for the second group it is much easier to solve the problem. Removing the tacks from the box makes it much less complicated because it helps people overcome what is known as functional fixedness a cognitive bias that limits a person to using an object only in the way they are used to it traditionally being used. When the tacks are in the box, it is harder for participants to see that box as having any other functional purpose than for just holding the tacks.

This study and numerous studies like it have shown over and over again that financial incentives hinder our brain’s ability to solve complex problems, especially if they require creative thinking.

Think about it this way. When someone offers you an incentive to achieve a particular goal, they are simultaneously and unintentionally making it harder for you to achieve that particular goal. It’s perverse. But, true. You will be worse at your job…and you will be especially worse at the parts that matter most.

So, don’t take a job if they offer you pay for performance incentives if that job requires creating thinking or complex problem solving—your mind and your performance are too valuable of things to waste.