Netflix lowers the boom while raising their prices

If you are a Netflix user, you received a lovely Tuesday morning email that went something like this:

Ouch!  As some of my Facebook friends are pointing out and revolting about, that’s almost a 50% increase (some plans have an even higher percentage increase!) to maintain the same service.  I had previously been a loyal $9.99/month customer, receiving my 1 DVD at a time. This included unlimited streaming of Netflix’s instant access library.  And earlier this week, I decided to splurge to the Blu-Ray upgrade. Now that $2 increase that I was ok with in January, will become an $8 increase barely less than a half a year later.


In some of my previous blogs, I espoused my love for all things Netflix. I mean, I’m even nice enough to respond to their “did XYZ movie arrive today?” emails.  But in a specific blog, I wrote a comment that seems to be more dead on than I had hoped,


“Now USPS’s plans are forcing Netflix to make a decision. Stick with USPS and risk decreasing customer satisfaction or explore delivery alternatives which may increase their service costs and potentially pricing.” 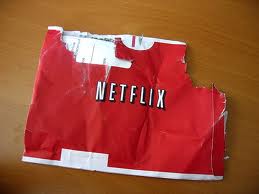 Obviously, Netflix’s strategic decisions are impacted by more than the USPS’ issues (Redbox growth, increased upfront costs for content from movie studios/providers, increasing overhead and cost of operations, etc.).  For a company with a fairly positive customer service track record, this move will definitely tatter their image.  I personally am a little disappointed in the scale of the price increase.  As I consider which plan to choose or how to proceed, I’ve decided that whenever I want access to titles like Gigli might not be worth a 50% more per month.