Throughout the years many people have said to me that when it comes to networking, “It’s who you know.” Well, my response to this is that just because you think you know someone, that’s not really a good indication of whether that individual remembers that you exist. In essence, do they really see you as a member of their network? I like to use the following networking phrase: “It’s not who you know, but rather who knows you.”
So, now comes a plug for LinkedIn… A great way to track your networking relationships and you may meet folks along the way that you can help and vice versa. Although I am part of the small percentage of the population who is not on Facebook, I am a huge proponent of LinkedIn and use it quite often. I’ll give you an example of an “out of the box” way to use LinkedIn.
To give some background, the dryer in my home stopped working due to an unknown reason, however, it gave me an error code on the LCD screen. I took that error code to Google, read a few of the blogs and sites, getting a response that it was likely a hardware failure and the parts would need replacement. So, I called the retailer with whom I have a 3 year parts / labor protection plan.
And we all know where this phone call takes us. Long story short, 4 technicians and 6 parts later, totaling (based on receipts provided by the technicians) >$1900, the dryer still did not work and it had been five weeks. So, I called the retailer once again and noted that per the terms and conditions, if the unit isn’t fixed after the fourth attempt that a replacement unit may be offered. The operator let me know that it had to be the SAME issue each time. I said, “Well, it was…” my dryer was not working. They stated that since each part represented a different issue that it did not qualify and my only option was another technician coming out to work on the unit.
Still with me? It’s going to get interesting now. I decided to check on LinkedIn to see if I knew anyone at the retailer. And sure enough, I did. Through a mutual group, I found that I am connected to the Chief Operating Officer. So, I sent a note to him that focused on how standard operating procedures may be increasing operational costs and negatively impacting the customer experience. What I didn’t do was leverage this connection as a “complaint box.” I thought, if I were the COO at this retailer, what would I want to be told to improve my processes? And yes, I still keep in contact with him. Also, since you may be wondering what happened, I did receive a new dryer within 4 business days (and there was NO 4-hour window for delivery, it was a specific time)! 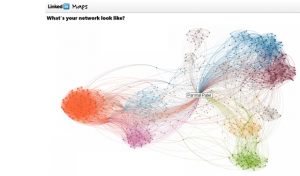 I do spend quite a bit of time keeping up with my network via LinkedIn. The key to networking and relationship building is it should have a mutually beneficial element to it. I recommend not networking just for the sake of networking, else you will be branded as someone with 1,000 contacts, but none of whom reply to a request because these contacts don’t really know you or have a reason to reply. Instead, when you network and meet someone new, I suggest that you follow up with that individual shortly after your initial meeting and try to keep in touch at least once a quarter so that the relationship can be considered professionally effective and develop beyond just being acquaintances.