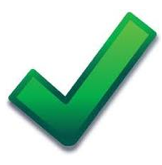 “Pocket-sized reading machines for the blind and visually impaired, “listening machines” (speech to text conversion) for the deaf, and computer controlled orthotic devices for paraplegic individuals results in a growing perception that primary disabilities do not necessarily impart handicaps.”

Kurzweil appears to have gotten this one largely right from a technology perspective, but largely wrong from a societal perspective. While there are devices to assist the blind and the deaf (and even rudimentary computer controlled devices to replace limbs) they have not yet evolved to the place where Kurzweil likely imagined. When he says there is a “growing perception that primary disabilities do not necessarily impart handicaps”, I think he is realistically ahead of where we are. In 2010, blindness, deafness and being paraplegic are still very difficult challenges to overcome. While the future is promising for these disabilities, we have not yet reached the point where we can consider them removed as handicaps.

We’ll give this one to Kurzweil for being technically correct, but still a little ahead of the game.