It’s not who you know, but who knows you!

I have encountered this so many times that I had to write a quick blog on the topic.  Have you ever heard the saying, “It’s who you know?”  Whether it’s during an inspirational networking speech, or coming from a mentor, professor or co-worker, it is something that is mentioned often and it tends to resonate with all of us; some to the extent that name dropping during conversations sounds like a good idea.  But, beware that you might get called out, someone may ask if you really know the person or if you’ve merely been in the same building or room as them and don’t know them at all.

Name dropping doesn’t really help in most situations anyway unless it’s relatable and useful for the audience – otherwise you’re just trying to boast.  Okay, so why does that matter? Well, is it worth the empty name dropping if I respond by asking you to set up a call with that somebody that you just mentioned?  Or, if I actually know them and say something about my connection with them and ask you a follow up question you have no answer to?  I mention this example because I recently spoke to someone who had legitimately only been in the same room with the person whose name they dropped and that executive would definitely not remember or know him (all based on how the conversation progressed and he finally admitting he hadn’t really even spoke to the referenced person). As a result, the person I was talking to came across as disreputable and foolish, when the whole reason they name dropped in the first place was to come across exactly the opposite of that!  So, instead of stretching the truth (or relationship status for you social media buffs out there), try thinking about who really knows you. 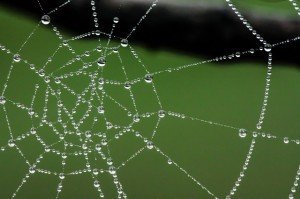 If you can truly say that the person knows you, then they should be able to remember you and would be willing to speak on your behalf should you ever need to call on them.  And, if you want to be able to say you know someone, but have only ever been in the same room as them, use this as a driver to motivate you to do more than just watch them walk by; introduce yourself, make an impression and help that person remember you!