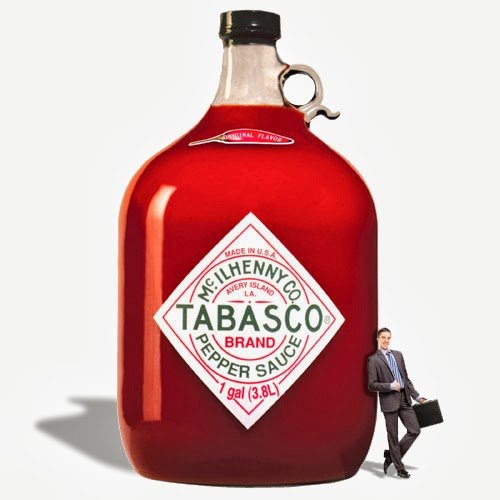 My brother-in-law called me the other day to tell me about a business principle called the “McIlhenny Principle”.  The story behind the principle is that someone in the Tabasco company made a deal/bet with one of the executives that if they could increase sales of Tabasco by 5% annually they would get some sort of predetermined compensation, whether it was stock options, money or a promotion.  Once the deal/bet was made this mystery person’s simple answer was to increase the opening at the end of the Tabasco bottle by 5% therefore increasing the amount of Tabasco that came out of the bottle on each use and eventually causing the consumer to have to go and buy a new bottle that much more often.  Though I find these kinds of business tactics to be deceitful and irritating it is still an interesting story and a fairly clever (beguiling) solution to increase sales.  However, according to the Tabasco website this story is a myth and never actually happened (though they don’t seem to directly deny that they ever increased the size of the spout, they just deny one specific telling of the story about it).

Whether or not this ever actually occurred at Tabasco doesn’t really matter.  The point of my brother-in-law telling that story was simply to inform me of a business practice, which he had often heard about, but seldom actually witnessed until this particular day that he called me.  Apparently, he had been buying a brand of protein powder to enhance the effects of his workout routine when he noticed that there was a NEW version of the powder replacing his old one.  Whereas, the old version had only a mere 55 grams of protein per serving this new and improved version had 60!  It cost more, but you get more protein, so it was worth it, right?  After purchasing and bringing the new powder home my brother-in-law did some closer inspection and found that when comparing the new product to the old one they were absolutely identical aside from three small differences: 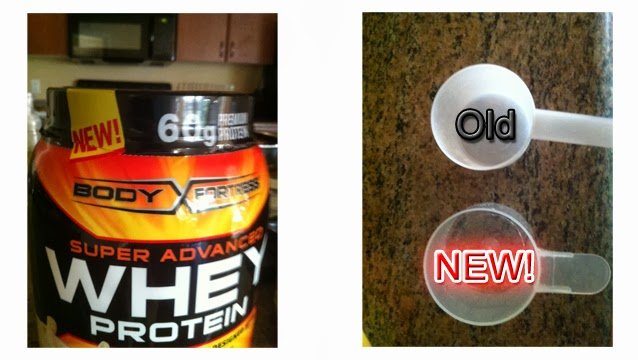 So, the serving size remained the same, 2 scoops, but the scoop included with the product now held more powder, 5 grams of protein more powder…  Irritatingly fascinating.  There were no real enhancements, no new formula, just the same product in a higher dose that now costs more money.  Lame.

When telling this story to my dad he responded with, “Do you know what two words can instantly double a company’s profits?  ‘…and repeat.'”  He was referring to the instructions on the side of every shampoo bottle, which read “Rinse and Repeat.”  Now, I’m no shampoo scientist, so maybe there is a very legitimate reason to always shampoo twice, but personally, unless I just came back from a 3 month excursion into the wild or a Miley Cyrus concert, one lathering seems to get the job done.

As a product (or even a service) company this may seem like a quick and harmless way to increase profits.  But, don’t forget how much more informed the average consumer is now a days and how much more easily they can share their annoyance with a company or brand’s distrustful practices with other consumers.  And, depending on your product or service there are likely plenty of other fish in the sea who would be happy to gobble up your fleeing customers.