If Joshua Bell played the violin in a subway station and people were around to hear it would anybody listen? 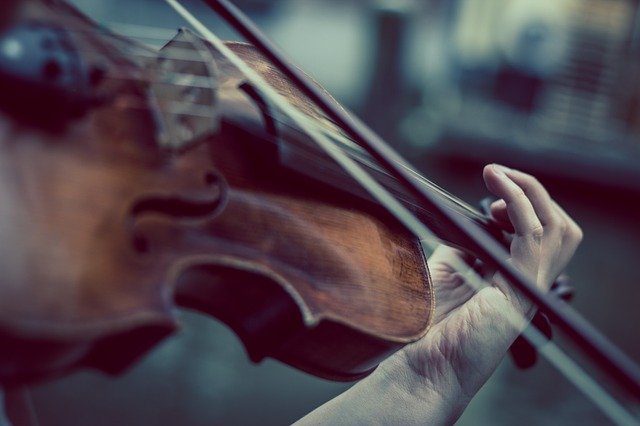 Likely we have all read some version of the story of famed award-winning violinist Joshua Bell playing his instrument incognito in a Subway station.  If you haven’t, you can read a version of it here:

The idea was to put an incredibly talented musician, who in ordinary performances sells seats for an average of $100 per ticket, into an unusual situation and see if people could still recognize the formal beauty without the proper dressings.  The outcome?  Apparently, they can’t.  The hypothesis?  If we can’t stop to appreciate the beautiful music of a critically acclaimed child prodigy then what else are we missing out on?

I found this article to be heavily biased and slightly demeaning.  It made me feel like I should apologize for something I haven’t done based off of findings that ignore simple truths in order to promote a writer’s preconceived ideas.  I do agree that sometimes people don’t seem to appreciate what is in front of them and if you’re not careful you may overlook something life changing, but I don’t think this experiment, as interesting as it is, is proof of that.

I found this video, which via cute animation, uses Aristotle’s work “The Art of Rhetoric” to explain why people were less likely to listen to Bell in a subway station than they were to in a concert hall.

While I find the explanations given in this video refreshing and quite useful they also seem to miss two very obvious reasons behind people’s lack of interest in subway Bell as opposed to concert Bell:

1. Time – Arguably, the most valuable commodity in a human’s life is time.  People in a Subway during morning rush hour (as they were during the Bell experiment) are not there for a lack of better things to do, the majority are there because they are going to work.  They have a limited amount of time to get to their job, where they trade their time and talents for money in order to buy food, clothing, housing, heating etc.  Even if you told someone who is trying to make it to work on time that the man playing the violin was Joshua Bell and that seats to his concerts go for an average of $100 they probably still wouldn’t stop because being late to work jeopardizes their job security and seeing a man playing the violin, no matter how good he is, isn’t worth losing your job (for the average person).  I bet if you ran the same experiment on the weekend when people were using the subway more for leisurely pursuits you would have a higher stopping rate for Bell.

2. Beauty is subjective – No matter how technically skilled or world renowned Joshua Bell is, if you don’t enjoy the violin as an instrument and you have no taste for classical music you aren’t going to stop and listen to his music just because someone else would pay $100 to.  The reason Bell sells out his concerts is because he his advertising a location and time that people who appreciate his music can go to appreciate it.  You can’t just randomly drop Joshua Bell in the Gobi desert and expect that Joshua Bell fans will suddenly materialize because his strings are reverberating there.

My point is that there is more to many situations than people think to point out and making conclusions based on limited observation is annoying when unnecessary.  Joshua Bell is an amazingly talented musician and is appreciated in the right circumstances.  But, just because I put a Van Gogh in the dumpster and the homeless man who sleeps there doesn’t appreciate it doesn’t mean society as a whole is incapable of appreciating great things.