How to Make a Merger Work 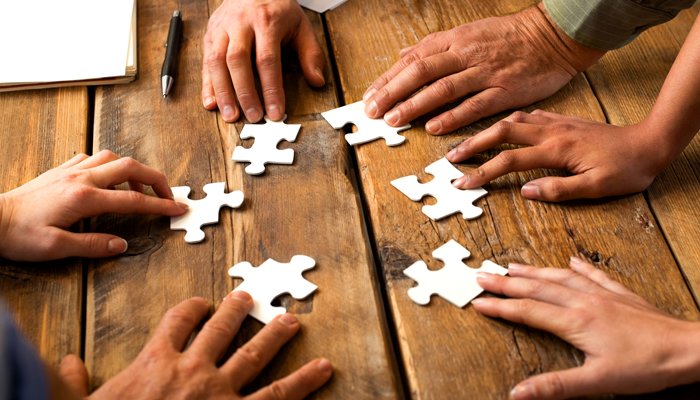 It seems like every time you turn around companies are consolidating. Whether it’s an outright acquisition or a “merger of equals,” companies believe that they can create more value by joining forces than by moving forward alone. The latest attention-grabbing headline, as of the writing of this blog, was Amazon’s acquisition of Whole Foods. There has also been a lot of press lately about how poorly some recent mergers have gone and the resulting reluctance to merge – for example, American Eagle Outfitters pulling out of pairing up with troubled retailer Abercrombie & Fitch.

So, when companies merge how do they make it work? Once the excitement of the big announcement has worn off, somebody has to sit down and figure out how to stitch the two organizations together. Much has been written about why mergers fail and yet so much more could still be written. I’m not going to drain the swamp on this topic, but, based on my experience, I’d like to offer a few suggestions on how to maximize your potential for success.

Have Good, Strong Leadership – Which Likely Includes Outside Support

You need someone who knows what they are doing to run the integration. Due to staff constraints and expertise, this is likely someone from the outside; but it doesn’t have to be if your company has been though many mergers before and has developed the expertise in-house. However, wherever this leader comes from, they need to be unbiased towards either organization and treat everyone based on their merits and not their current company. If you do look for help outside your business don’t just Google “integration consultants!” The individual running the show needs experience based proficiency to understand how all the pieces fit together. They also need to be able to establish a good team of leaders that cover all functional areas, as well as be able to keep things very structured. Finally, this leader needs to have easy access to, and be respected by, upper management. A lot of decisions will come up that will need to be resolved quickly so that things can continue to move along smoothly, and being able to shepherd the executive team is essential to making that happen. Issues that fester unresolved will come back ten-fold in the future.

Focus on the Value Drivers

Don’t forget why you merged in the first place. Was is to achieve cost synergies? To “buy” customers to improve cash flow? To merge complementary services that will function stronger or sell better when packaged together? Whatever the case may be, don’t lose sight of the whole purpose that you are undertaking this vast effort for. It’s easy to get caught up in building an exciting new organization and lose sight of the fact that some specific thing needs to work better in the new organization for some explicit benefit. Understand the targets you need to hit across the various parts of the organization and ensure that your new design will meet the original objectives. And be sure to double check yourself against these goals throughout the merger initiative to ensure you don’t stray from the original point of the whole exercise.

In an integration project, when faced with a design decision on how the new company will operate, you have the option of simply picking the way one of the two companies currently does things. Picking the best of the two options is fairly straightforward. This approach might yield the best of two choices, but it doesn’t mean it yields the absolute best way of operating. There is likely a third option. Put a little more effort into it and use this opportunity while the “hood is popped” to redesign how things are done. To accomplish this, try using what we call a “Blue Team.” The nomenclature of the color blue is important. Historically, “Red Teams” are used to poke holes in things, such as government intelligence or military performance. The concept of the “Blue Team” is also to challenge ideas, but more importantly to serve as a panel of experts to collectively figure out a better way to do something. It’s one thing to say something isn’t good, it’s quite another to suggest a better way to do it. A Blue Team comprised of cross-functional experts from both organizations working together can often collectively devise a better way of addressing a particular issue or integration challenge.

A brutal fact of many mergers is that jobs will be lost. This loss is often a necessity to hit financial objectives. But there is a right way and a wrong way to do it. Do make sure you keep people that are critical to the integration itself and incent them to stay as long as needed in a way that is measurable and keeps them engaged. I’ve seen organizations let go of critical technical resources too early in the merging process, and the resulting effort/cost to try and figure out what that resource knew ends up far surpassing any extra expense that might have been gained through freeing up their salary. Don’t assume people will remain motivated if they know they are being ushered out. They might still technically be on the payroll, but they won’t have any motivation to make sure the integration goes well. Do take care of and retain the best employees regardless of which company they are from. The merged company will require the best collective thinking from the two original companies. Don’t let politics and “legacy” company cultures overly sway decisions on who gets to stay and who will leave. This will divide people into two classes of society: the acquirer and the person/company being acquired, which creates tension and thrusts a hierarchy onto individuals who already feel vulnerable. The best people should stay regardless of what their old business card says.

These are just a few of my thoughts on the subject. Many books have been devoted to this subject (and still many more could be written about it), but these are some of the things I’ve learned from my work helping companies come together. Mergers aren’t easy, that’s why so many fail to deliver the value that was originally envisioned. Assembling the best integration team you can and focusing on what matters most can make the difference between achieving your goals and becoming just another failed integration.