How Martha’s Drone Blew Up Your Business Case 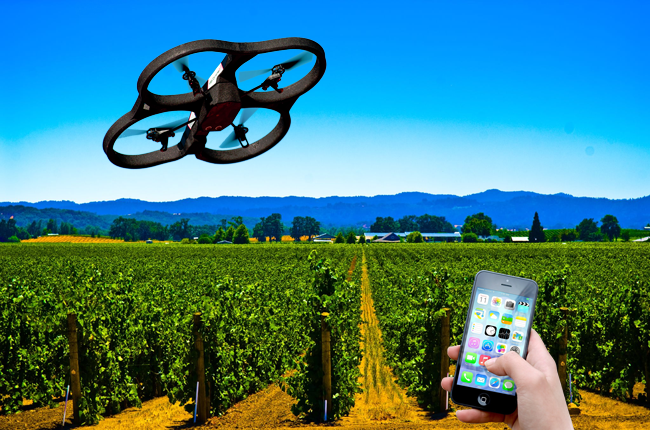 In early July, Martha Stewart posted a set of aerial photos that she took using a drone with an attached camera. They were impressive and provided a look at the immaculate and HUGE estate where she lives. The thought of Martha piloting her drone around and snapping photos of her multiple houses, gardens and a horse stable that looks nicer than any home I’ve ever been in, was quite amusing.

Martha followed up with an opinion piece in Time in late July discussing her drone (a Parrot AR Drone 2.0) and the drone belonging to an employee (a DHI Phantom) used to take many of her photos. The Parrot was given to her as a gift. Stewart wrote, “I loaded the appropriate app on my iPad and went down to the beach. In just a few minutes I was hooked.”

I never thought I’d hear the words “Martha Stewart” and “drone” in the same sentence. The designers of her drone probably didn’t either, and that got me thinking about how products like this are designed and funded.

Parrot, the maker of Martha’s drone, started out as a company focused on voice recognition and signal processing. It’s safe to assume that the jump to drones wasn’t taken lightly. Like most companies, I’m sure business cases were developed that estimated the costs and anticipated revenue. It’s clear they wanted to take the radio-controlled model airplane to the next level, but I’d be very surprised if they included wealthy women in their 70’s as potential customers.

And that is why a traditional business case will kill your innovations.

My colleague, James Davis, described how typical PMO processes stifle innovative ideas. As companies mature, they have to focus on execution. They reduce risk and variability by creating processes and procedures that are strictly adhered to, such as portfolio management, governance, etc. These are important things, but if the company dives in completely, they starve and eventually kill the innovative part that was responsible for creating their business.

Let’s build on that by drilling-down into the business case. As noted, a business case usually includes a description of your idea, estimated costs, revenue expectations over time, strategic alignment, etc. For incremental enhancements that’s fine, but for potentially disruptive innovations you’re getting ahead of yourself. There’s no way you can accurately predict who your customers will be, and you defiantly won’t know who your “Marthas” are, so your revenue estimates will be off. If they are too low, your idea isn’t going to look as good using the traditional ROI methods, and you’ll stall from lack of funding.

Instead, focus on clarifying the problem you’re addressing and how you’re going to solve it. Prototype, iterate, and refine your idea until you have something that works and can be demonstrated. Let the value of the idea speak for itself. Only then do you start thinking about the business model. If the problem you have is worth solving, and the idea solves that problem in an efficient way, then your product is going to have a customer base and a business model will arise.

Organizations have to be set up to appropriately fund and support innovations. For larger, mature companies, this is likely going to be a separate incubation process that is segregated from the regular product portfolio. This means separate funding, resourcing, governance…everything! The innovation mindset can’t be allowed to be contaminated by the traditional methods of incremental product enhancements. Getting to this point isn’t easy, but it is necessary to encourage and nurture true innovation in your company.