One of the first posts I ever wrote on this blog was about the three things we have in our pockets: wallet, keys and phone. Three years ago, I was envisioning the day when we’d be able to move all of those into a single device. And I’ve been impatient for it ever since!

Google wallet is the first step in getting us there (at least partially.) Techcrunch reporter Greg Kumparak has a great review of its inner workings, and it sounds like its a pretty stable and functional first release:

I’ve lived with Google Wallet in my life for the past week or so, and have walked away thoroughly impressed — but while Google Wallet may be launching today, don’t expect it to kick your actual wallet out of your pocket any time soon. 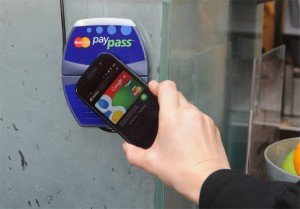 Back in May, Google announced their mission to kill your wallet.

Tying into the near field communication (NFC) system built into select Android handsets, Google Wallet allows your phone to act as your credit card. By tapping your Android phone against a compatible card reader available in select retailers, your payment credentials are transferred to the merchant without any swiping or physical cards required.

This is one of those times when I wish I had something other than an iPhone. They are rare occasions (and they are usually something from Google), but it makes me wonder if Apple has any plans with upcoming iPhone 5. There were early rumors about the iPhone 5 using NFC for payments, but they seem to have primarily dried up. Is this another area in which Google is far out ahead of Apple?