Failure to state a claim… 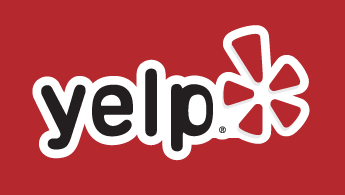 With my second week of law school in the books (see what I did there? we read a lot!), I am now being a bit more critical of the various legal news reports I read. One very fascinating case that I recently came across in my reading is Levitt v. Yelp!, Inc..

In this case, a number of small businesses sued Yelp! alleging that they manipulate reviews (including hiding positive reviews and adding in negative reviews) as a means to encourage those businesses to pay for Yelp! advertising – essentially extorting them. The case was dismissed in trial court for “failure to state a claim” and this was upheld by the 9th Circuit Court of Appeals. Essentially, this case never got to see a court room.

What’s become interesting here is that the rules of Federal Civil Procedure had, until very recently, been quite liberal in regards to allowing cases to move forward from the claim stage. The court would assume that the alleged facts were true and that as long as their was a legal theory to rule on, it would move forward. However, in 2007 in Bell Atlantic Corp. v. Twombly, 550 U.S. 544, 127 S.Ct. 1955 (2007), the United States Supreme Court changed the claims process from that of simply being “possible” to being “plausible”. That was further reinforced in subsequent Supreme Court Decisions, and we are now seeing that standard apply in cases such as Levitt.

So, the bottom line is that when preparing a suit, a claimant must go beyond a basic accusation and hope to find information during interrogatories and discovery towards a claim that includes some basic facts that move the needle towards “plausible”. The hope is that this will help keep frivolous or overly aggressive suits from clogging the courts, but this may also have the unintended consequence of further tipping the scales of justice towards the “big guys” that can hide behind dismissals due to insufficient facts from the “smaller guys”.