En Garde! A Unique Way to Coach Your Team 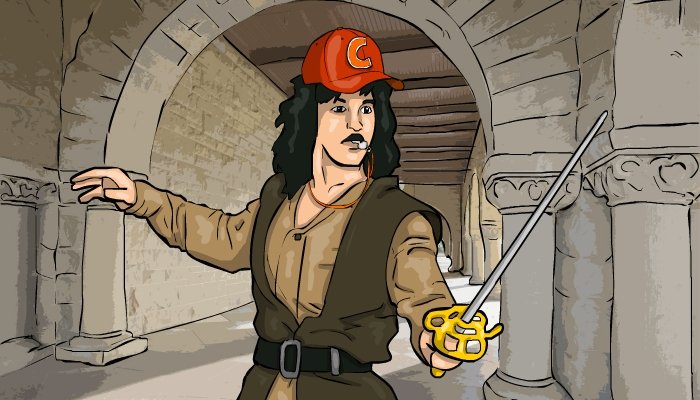 Coaching is hard. That’s true at all levels. There are effective and ineffective coaches on little league teams, on storied professional franchises, and on all types of teams and organizations in between. A big part of the challenge for any coach is that their team members have varying levels of skill, degrees of interest, personalities, and objectives. How does a good coach factor in all these variations and create an environment where both individual team members, and the team as a whole, can succeed? It’s not an easy task, but it is an important one.

What better place to tackle that question than at a family dinner? A few weeks ago, we sat down to eat and I mentioned my childhood sports coaches and how they did their job. I discussed whether they were effective in helping me grow and what methods they used to coach me. All of the coaches I could remember used a “traditional” coaching method: they would work with the team as a whole and then dedicate focused one-on-one time to strengthen the “weaker” links. Upon hearing this, my uncle introduced me to a different way to think about coaching based on how he was taught fencing.

Personally, I learned everything I know about fencing from the scene above the Cliffs of Insanity in the movie “The Princess Bride.” So, not much. I do, however, know it involves a great deal of skill and the athletes get to wear incredibly cool mesh masks. In fact, it took a lot of self-control to hold back from interrupting my Uncle with, “My name is Inigo Montoya!” while he talked seriously about what he had learned from his fencing coach. Here’s what he told me:

Think of a team as having four distinct components:

My uncle’s fencing coach spent most of his available one-on-one time with the team’s top prospects. When the top prospects where not being coached, they were expected to work with the moderate and low performers to help them develop their abilities.

This idea seemed foreign to me. It went against all my little league coaching intuition. Why would the coach neglect his low performers? Aren’t they the ones that have the greatest potential for growth? Inconceivable!

But, there’s brilliance to this technique; think of it this way:

The coach isn’t being callous; he is maximizing his team’s development with limited time and resources.

There’s another benefit to this approach, and it reminds me of a quote from the Roman Philosopher Seneca. He said, “While we teach, we learn.” By having the top prospects coach the rest of the team, they can benefit from what modern phycologists call “the protégé effect.” Top prospects, through practice, will develop effective approaches for teaching, which will further solidify their own skills, while at the same time, bolstering the skills of those they are teaching. Which I guess isn’t anything new, since Seneca lived over 2,000 years ago. Yet, it’s still an important takeaway.

It was interesting to hear a different perspective on coaching methods and it made me realize there are a great many unique ways to try to tackle the difficulties of coaching. Touché.

Have you had an experience with a manager or coach that used a distinctive approach? Was it effective? Please tell me about your experience in the comments below.