Ebola may not be IT’s fault, but maybe it’s IP’s fault? 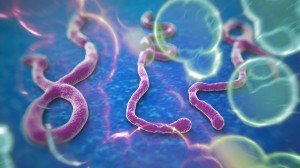 Jim Smelley posted Don’t Blame Ebola on IT about the fact that there were some initial reports that Presbyterian Hospital of Dallas had a communications problem related to the travel history of the first patient who was diagnosed at the hospital. It seems that the hospital is now saying that the system did in fact function correctly (See here.)

Since it appears that IT has dodged one this time, what about IP? Could there be intellectual property rights that may have an impact on the treatment of Ebola? George John posted on the American University Intellectual Property Brief website that challenges related to ownership, licensing, and use of an effective medicine in the treatment of Ebola could do just that.

And, it’s really not that uncommon for drugs to have intellectual property issues. But, given the fact that a successful drug used to treat humans can cost upwards of a billion dollars to bring to market, it isn’t surprising that a company would want to hold on to the ownership rights of such a product so that they can make an appropriate profit and help fund other therapies that may or may not have commercial success.

As always, conflicts between morality, legality, and politics can be difficult to resolve. On one hand, if a company has a promising drug for the use of Ebola, the human race would be helped incredibly by allowing it to be used. But, what if the drug causes more problems and created a legal problem? Or, what if someone just plain steals the drug and manufactures it without your ability to recover the money of making the invention in the first place? That makes it hard to spend more money on something else. And of course, politics – how does one navigate the bureaucracy of the FDA, how does one deal with a health crisis screaming for answers, and how does one react when money appears to be what drives you, but is a necessary evil?