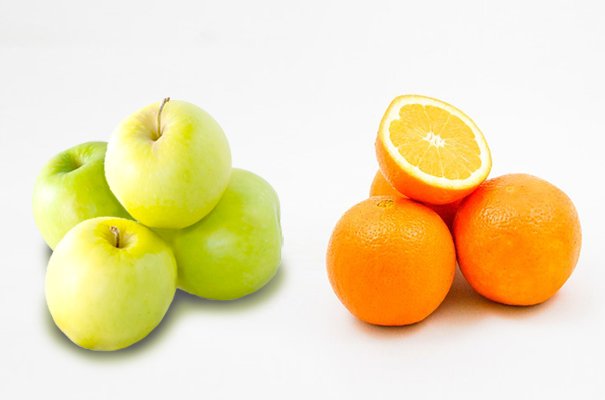 Agile methodologies have been all the rage for the last few years and they are the new normal for most companies, including corporate IT and other homes of “traditional” development. But, just using Agile terminology and iterative development doesn’t mean that a company has embraced the full impact of the change. Most are still recalibrating their expectations and clinging to Waterfall ways of seeing the world.

On a challenging assignment a few years ago, I was working with a client that was excited about moving from a Waterfall methodology to an Agile methodology. They had an Agile Roadmap. But, they didn’t fully understand the trade-offs and, while I tried, I didn’t do a great job of explaining those trade-offs or managing their expectations in this new world. I’ve thought a great deal about how I would handle that situation again if it came up on a future engagement.

The client said something to the effect of, “At least with Waterfall, we get a firm commitment on what is going to be delivered and when.” There are a number of problems with that assertion, but the biggest was that it set the stage for a related misunderstanding: that the upfront Analysis time (sometimes called “Sprint 0”) of an Agile project is comparable to the Requirements and Design phase of a Waterfall project. That leads me to the picture below: 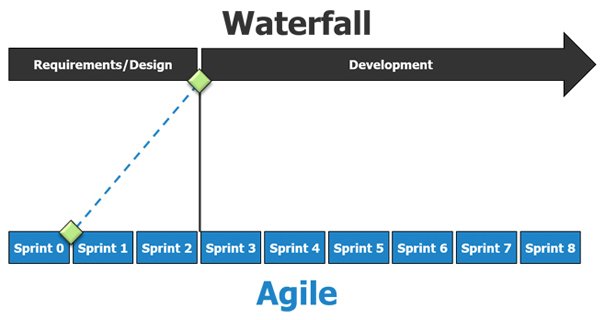 There is a lot of over-simplification in this picture, but the diagonal dashed line represents the misunderstanding. The client wanted a commitment for what would be delivered after development was “complete” and they wanted that commitment before we started writing code. They understood that our Sprint 0 was shorter than the Requirements and Design phase of a Waterfall project, but they had the same expectation of commitment and estimation.

So, let’s break down the issues here:

Waterfall doesn’t really add certainty, it just makes people feel better that it has. Agile methodologies embrace uncertainty, are more honest about it, and reduce that uncertainty faster by building stuff sooner.