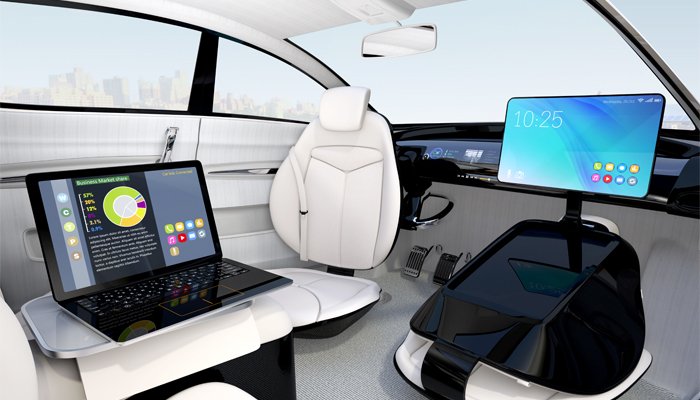 I’m a big believer in what is known as Amara’s law, named after futurist Roy Amara:

I thought of this today when I read an article by a Senior Partner at McKinsey & Company, Scott Nyquist, entitled Why driverless cars might not hit the road so fast.

The crux of Nyquist’s article is that autonomous vehicles, based on the following five factors, are further away from hitting the road en masse than many people believe : (1) the fact the electric cars failed to live up to estimates, (2) autonomous vehicles require legal and regulatory guidelines, (3) there are ethical issues related to decision making, (4) roadway maps are not yet complete, especially outside of the United States, and (5) humans are still suspicious of autonomous cars, especially those who have commercial interest in the continuation of human controlled vehicles, such as truck drivers.

Certainly, Nyquist falls on the spectrum of underestimating the effect of technology in the long run. Or, more precisely, his general agreement with McKinsey’s prediction that autonomous vehicles will only be 15% of new car sales by 2030, is an underestimate.

For example, three of his major points are potentially irrelevant to autonomous vehicles. Because estimates on electric cars have failed that means that autonomous vehicle estimates will also fail? What is the connection between the two other than they are both technological advances in the automotive industry? To me, that is like saying that estimates for Betamax failing apply to VHS. Second, the availability of maps is also irrelevant to autonomous vehicles. How did people get around the roads prior to having access to Google maps? Does a car really need to know precisely the best route, how to avoid traffic, or have GPS-level details to get to a destination? You know how I get somewhere when I don’t know where I’m going? Sometimes I listen to a passenger who tells me. Third, the ethical issues related to decision making, while interesting over a beer or in books and movies, is also not a critical need for autonomous vehicles. Yes, we want vehicles to have a crash avoidance mechanism, and ideally, it would try to limit damage in cases where a crash is not avoidable. But how does your 16-year-old son or daughter fair on that test? What about a 70-year-old driver? How do you fair on that test in the split second before you get into an accident? Why does an autonomous vehicle need to have a superior capability than a human in order for it to become mainstream?

The two remaining issues (and parts of his other arguments), can really be boiled down into a single issue: can humans psychologically accept autonomous vehicles? Laws and regulations can be done quickly and easily, or they can be drawn out with human opposition. Of course, we already have laws that cover much of what is required: tort law for negligence and contract law for shifting of liability (including between manufacturer and insurance company). Those who make a living based on driving a car will certainly be opposed, just as elevator operators were opposed to customers pushing their own buttons. But, like any technological advance, other jobs will spring up in their place, or the jobs will remain but become so lowly paid that at some point nobody will want to keep them.

In my own opinion, the reason I believe he is underestimating the market is precisely what has hurt estimates of electric vehicles: economics. In the case of electric vehicles, consumers are choosing cars that are more expensive, often because they are purchasing based on environmental considerations. In essence, they are willing to pay a self-imposed clean energy tax. Autonomous vehicles, on the other hand, will continue to greatly encourage the ride sharing economy, resulting in lower consumer costs since there will be a greater ability to share vehicles. As someone with driving-age children myself, the cost of a vehicle, insurance, gas, and maintenance is often much greater than using a car service such as Uber. And, if Uber’s prices were to reduce because of an associated reduction in labor costs, I’m not sure my children would use anything else.